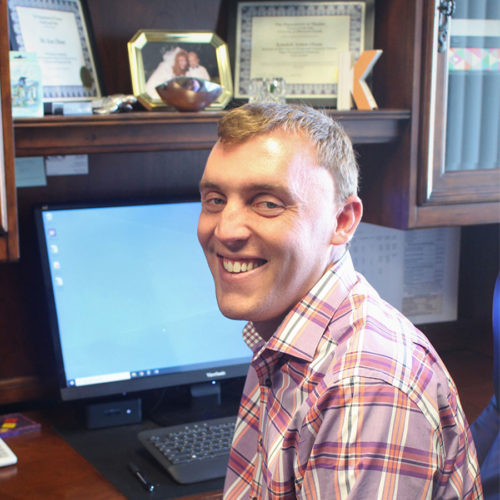 Ken is originally from Apple Valley, MN and has been involved in theatre since he was very young. Family friends Grif and Jenny piqued his interest by bringing him backstage at their shows in Minneapolis, MN. Ken was always in the technical world and behind the scenes at theatre summer camps, local productions and on the technical crews through middle school and high school. In 2013, Ken earned his Bachelor of Fine Arts in Design and Technical Theatre with a Stage Management Emphasis from the University of Minnesota - Duluth. Following graduation and two Stage Management internships at Florida Studio Theatre in Sarasota, FL and the Guthrie Theater in Minneapolis, Ken moved to the north shore of Boston, MA as Stage Operations Manager of North Shore Music Theatre a regional theatre-in-the-round with Broadway sized musicals like The Wizard of Oz, CATS, Chicago, Miss Saigon, The Little Mermaid, Sound of Music, Les Miserables and the annual production of A Christmas Carol along with outside concerts and events. He had the desire to tour which brought him back home to Minnesota where he started his first national tour as Stage Manager for Troupe Americas’ Church Basement Ladies in the Last Potluck Supper. Following his first tour, Ken moved to Las Vegas, NV and started life on the seas as Production Manager and Production Stage Manager onboard Norwegian
Cruise Line mega ships EPIC, Breakaway and Escape from the Mediterranean to the Bahamas, Caribbean, Bermuda and everywhere in-between.

Following his time on ships, he hit the road again with MagicSpace Entertainment and The Illusionists: Live from Broadway as Assistant Production Supervisor before joining Mills Entertainment as Prop Master for the Scott Brothers House Party Live tour with the Property Brothers, Jonathan and Drew Scott from HGTV. Ken continued his touring career by joining Feld Entertainment’s Monster Jam as Production Stage Manager and Tour Manager for their stadium tours.

After COVID-19 shut down the entertainment industry, Ken returned home to Minnesota as Assistant Gambling Manager for the local youth hockey association, a non-profit organization that is funded by the sales of pull-tabs and bar bingo sessions. He greatly enjoys his time in the non-profit world and being able to support an organization he was raised in and volunteered with along with his younger brother Collin, who is an avid hockey player.

Now, being able to mix his love of theatre and live entertainment with his background in non-profit work and the business side of entertainment. Ken is thrilled to be part of the Midland community and join the incredibly dedicated and passionate Board, staff and volunteers that are the core of Midland Community Theatre.